When I first went for psychotherapy- as a client- I remember the first session:

I arrived early - which is normally 'good' - but the person said I needed to 'come back in 5 minutes'. I walked around the bloc - a bit anxious- and I remember thinking;

'Who is this person?' and

'What makes them able to help me?'.

I realised that it isn't just about 'how much training someone has done'.

Who are they? This is an important question.

What have they gone through?

I thought it might be helpful for you to know some things about me.

I am  53 yrs old. In terms of this work, I have worked since the mid 1990's as a psychological therapist- that's over 22 years! I still find it fascinating how everyone is uniquely different. My interest in Psychology preceded this as I have practised daily mindfulness; a form of self reflective enquiry, since 1989.  This long practice of self enquiry informs my way of working as a Psychotherapist.

This daily practise of enquiry has also led me through many life changes.

Athough I originally trained as a computor/telecommunications engineer when I left school, mindfulness enabled me to venture further and risk change through exploration: outer and inner! At 25 I gave up a 'well paid job' and since then I have subsequently become well travelled- including a 2 year stint in India, taking long retreats in Bhuddist mind training as well as travel and exploration of other religions and cultures through the Middle East. I believe that my pragmatic engineering training has helped to inform my approach  to CBT therapy while my mindfulness training and travels have helped to inform my other therapies. Of course; we use mindfulness in CBT too!

After being employed as a computor/telecommunications engineer I took up many different jobs before realising my vocation. I have been employed in residential social work, labouring, as a busker, landscape gardening and as a drug worker. There are so many other interesting roles I have taken before I came to recognise that psychotherapy was applicable to the kind of learning I had engaged in and that I was 'good at it'!

I am married and have 2 grown-up daughters, a 16 year old son, two adult step-sons and now two grandchildren.  I have had dogs during most of my settled life and currently have a new puppy!

I have been employed as a psychological therapist in the NHS since 2003 -  and stuck at it because I have always believed in free healthcare for all. Unfortunately, due to financial and time limited restraints upon the NHS service (for instance; limits on numbers of face to face sessions to successfully help people get better), I have had to make the decision to leave the NHS this September 2018. Most people referred into therapy via the NHS do not get one-to-one psychotherapy of any modality: they get 'supported self-help' which is based on CBT Principles but this is not anywhere near as in depth or specific to patient's needs as one-to-one psychotherapy! If they do get one-to-one therapy it is often 'forced' to end far too early often leaving the work unfinished.

During my life journies. regular, daily, mindfulness practise has deepened my awareness of my thoughts, feelings, difficult sensations, my relationship to my self  as well as my relationships with others. This ability to 'approach the difficult'  has often helped me to make difficult and life changing decisions; that only much later on have turned out to be for the better!

During my late adolescence I developed an interest in the interplay between meditation, Science, Philosophy, Eastern Philosophies as well as Yoga & the Martial Arts. These interests have been consistent consolations for me since 1988 and these disciplines-especially mindfulness orientated yoga and meditation- have assisted me during so many life changes and transitions. Somewhere at the 'turn of the century' - it's weird now looking back- I somehow became extremely academic; only in retrospect do I realise that I completed  3 Masters degree level courses- Post Graduate Diplomas - within 12 years! Most therapists only have one of these. I am a student of science (masters level), philosophy (masters level) and also there has been my continuing long training in Eastern practises (student in Kagyu Bhuddism with Ven Akong Rinpoche) (student/teacher of Middle Eastern Spiritual Practises with Dr Neil Douglas-Klotz). Subsequent to this I have attained a 1st Dan - Black Belt- in Kempo Ju Jitsu with Sensei Terry Coughtrey. This really does not make me an expert: with each new client  and role I 'start again' and in all these things I am still learning.

Thankyou to all my teachers!

So many of these experiences have made me who I am. To reiterate; I have had periods in my life when I have travelled widely, through many Middle Eastern countries but I have spent most of my travelling time in the Indian sub-continent. Specifically; it was there that I made good connections with a particular tradition and lineage of Indo-Tibetan philosophy, practise and culture and continued this with meetings with my Kagyu teacher, Akong Rinpoche, in Scotland during the 90's -with empowerments in chod and mahamudra via Tai Situpa. I am a musician- I play the guitar and sing regularly- and I have also been a personal student of the  'Middle -Eastern' spirituality work of Dr Neil Douglas-Klotz, especially over the last 15 years, teaching and imparting this work by request, now becoming a guide in this 'inner work' tradition.

I recognise the importance of science and the scientific method and believe that this can be important to understand the limits of 'what works' and of 'how therapy works' within controlled conditions. This 'way of thinking' has informed my interest and academic training in scientific psychology applications such as CBT and MBCT (mindfulness). Within this scientific psychology discourse I would describe myself as a 'Contextual Behavourist' and work within the broad theoretical context of the ACT work of Stephen Hayes (Acceptance & Commitment Therapy). I am aware that there is a large demand for DBT and, as a behaviour therapist and mindfulness therapist/teacher, I am able to provide a 'DBT approach' one to one therapy

However; I recognise that different methods of knowledge can be applicable to different kinds of questions. For Instance: The questions of 'how to live life well?' or 'What is a Good Life?' are questions and problems that relate to  a specific 'lived life' and are not always best dealt with by a scientific approach. I have studied Continental Philosophy as a way of approaching these questions using philosophy in a 'talking therapy' context. I studied this at a Masters academic level with some of the most published existential psychotherapy thinkers. I have personally found that philosophy can be helpful when used to explore our values, our problems, our relationships and our way of making sense of difficulties and dillemmas. This approach is particularly relevant to a lived and mindfulness based view of the world and can offer a bridge of understanding between the scientific world view and more traditional world views!

These intellectual interests were never purely professional: I have had a personal interest in the latest scientific discoveries in Psychology and also have furthered studies in philosophical and hermeneutic approaches which have included studying the nature of human being with really genuine and helpful teachers, embodying very different cultural world views, including religious world views. Thus: Science, Philosophy & Spirituality all  inform my own stance of being in the world.

Poetry has been important to me: not just as an artistic medium but also as a means of self development and growth. As such I co-founded the group: Stevenage Survivors which is a local poetry group that uses creative writing and poetry- as well as song- as a therapeutic means.

I think good therapy as well as a 'the good life' comes through learning and willing to see the everyday anew but especially through a willingness to 'approach and face', again and again, the difficulties inherent in a real and engaged lived life! 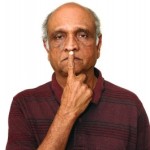 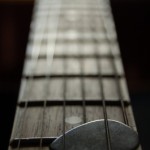 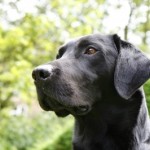 My orginal occupation was as an information and computor technology engineer and I believe I bring this kind of pragmatism into my therapeutic work. However I have worked in social care fields since 1992 and as a Counsellor and Psychotherapist since 1996:

This website was created by Daren using IONOS MyWebsite.